The launch of Bury, Rochdale and Oldham House Project on 10th October was an exciting event. It was held at Rochdale Youth Centre and saw young people, PAs, Social Workers and other colleagues joining together to celebrate the House Project beginning in the area. Alex Chaloner, a young person from Rochdale, welcomed attendees to the event stating, “after many months of planning and preparing, interviews and much more, we are thrilled to have you here… let’s continue to change the narrative for young people”.

“after many months of planning and preparing, interviews and much more we are thrilled to have you here… let’s continue to change the narrative for young people”.

“The launch of Bury Rochdale and Oldham House project was a fantastic achievement and celebration of the House Project. Attended by two of the ‘founders’ and a young person from the Care Leavers National Movement, the event was championed by the young people themselves.  Alex spoke to a full house about how he and a few other care leavers had brought the House Project to the area, taking part in the development of the project and in interviews for the staff.  We were so happy that they have made it happen.

“Shawna (CLNM) gave a fantastic speech about her experiences on the project which motivated and sparked the imagination of the young people that attended. One said it was inspiring to think that a young person could speak so professionally, and another said it gave her some hope about leaving care themselves.”

Staf (Scottish Throughcare & Aftercare Forum) are delighted to share their study of three Local House Projects in Scotland. Coproduced by those with lived experience of care, the study highlights the benefits of The National House Project model not only to the lives of care leavers but also to the staff who support them and the wider community. 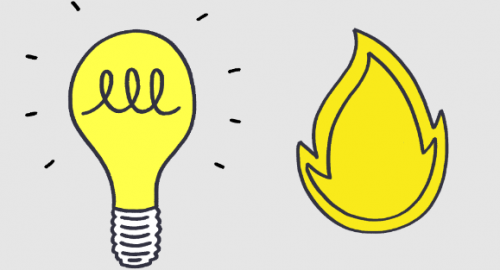