On Thursday 20 October young people, colleagues and partners from across the country came together for the 2022 Care Leavers National Movement (CLNM) Annual Conference, ‘Sharing Success’; hosted at the Mercure Hotel in Manchester.

The day celebrated young people’s success - not just individual achievements but those where they have achieved change for young people across House Projects and the wider care leaver community. Their drive to change the outcomes for future young people in care was clear and young people were proud to share what they’d done, how they’d done it and what they had achieved in a number of ways.

The day was designed by young people and delivered by them and their invited speakers. It opened with a poem, written and read by CLNM Founder, Dan, which shared his view of what success meant. The conference included presentations, films, shared experiences, and positive stories from young people who have experienced life within care and the challenges faced by many when leaving care.

“All of the young people involved should be incredibly proud of themselves for seeing this conference from design through to delivery. What a fantastic injection of hope yesterday was. In my speech, I said that the country's success is dependent on the success of its young people and the young people who participated yesterday definitely showed that the future is in safe hands.”

We heard from young people about the work that had been done to progress the recommendations made following the 2021 peer evaluation with specific input from Partnership 4 Young London on the newly developed peer mentoring programme. CLNM representative from Warwickshire House Project, Katie, said:

“Peer mentoring is a really important aspect of being part of a House Project and we all take a role in doing this on an informal basis. Because in the past it has been informal, not everyone has had an opportunity to experience the benefits of peer mentoring but now young people joining House Projects across Scotland and England will.”

Founder of Madlug, Dave Linton, and CLNM Vice Chair of the North Region, Josh, introduced the ‘Madlug Innovation Academy’; a partnership project between NHP and Madlug around understanding how to set up a social enterprise. Conference heard about a working trip to Northern Ireland for young people to develop their own social enterprise – Senses of Home – which will sell products and use the profits to purchase good quality bed sets for young people moving into their own homes.

The Aspirational Awards Scheme was established earlier this year to support young people to do something that they have always wanted to do, and which will have a lasting impact on their life. The awards are funded by a range of people including the Segelman Trust and Reconomy and during the first round of applications 13 young people were able to achieve their dreams. The Entrepreneur Award is sponsored by Reconomy and this helped 3 young people to start or develop a business. As well as contributing financially Reconomy also provide coaching and reflecting on the impact of the work on young people, Diane Crowe, Head of Group Sustainability, Reconomy said:

“Being a part of NHP is a favourite part of my role and I so enjoy seeing some of the same faces of the young people each year and how much they have grown and developed through the NHP – it’s wonderful.”

The final presentations of the day focussed on the struggles faced by care leavers at a national level due to the rising cost of living, and how NHP and CLNM are working closely with professionals and organisations to support and help to reduce that impact. An overview of current schemes included: the Energy Champions Project, which has enabled NHP, with support funding from National Energy Action, to provide training to young people and staff to become energy champions; The Digital Poverty Campaign, keeping care leavers connected, which has now become everyday business for NHP to ensure young people are connected digitally- enabling them to access services, support and engage in life in 2022 just like everybody else, and a commitment by NHP to provide a white good to every young person when moving in to their first home.

As well as the formal presentations throughout the day, each Local House Project and partner organisation had a stall showcasing best practice and the successes that their young people and projects had achieved. There was a real buzz to this networking experience and young people, staff and organisations came away feeling connected within the House Project Community.

The conference programme concluded with a panel discussion around the topic of good working relationship between professionals and care experienced young people, followed by a closing statement from CEO, Mark Warr;

“The young people were absolutely fantastic. They planned, hosted and delivered the conference and shared their many achievements and successes. They are changing the narrative for themselves and others and in doing so are raising the aspirations and ambitions for young people across the House Project community. It is a privilege for all staff at NHP to be a small part of their journey.”

The Warwickshire House Project is supporting two new groups of care leavers to support them on their journey to live successful independent lives.

Happy New Year! Welcome to our first newsletter of 2023. We hope you enjoy reading about what we have been up to over the past few months and what's going on in 2023. 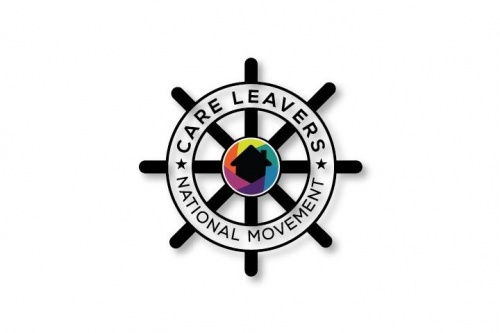 Over the last six months CLNM have continued to work closely with NHP to develop the approach, improve the offer and support the charity’s growth. These activities have also enabled young people to have experiences they would not have otherwise had and enabled them to grow both personally and professionally. Here is a summary of some of their work.